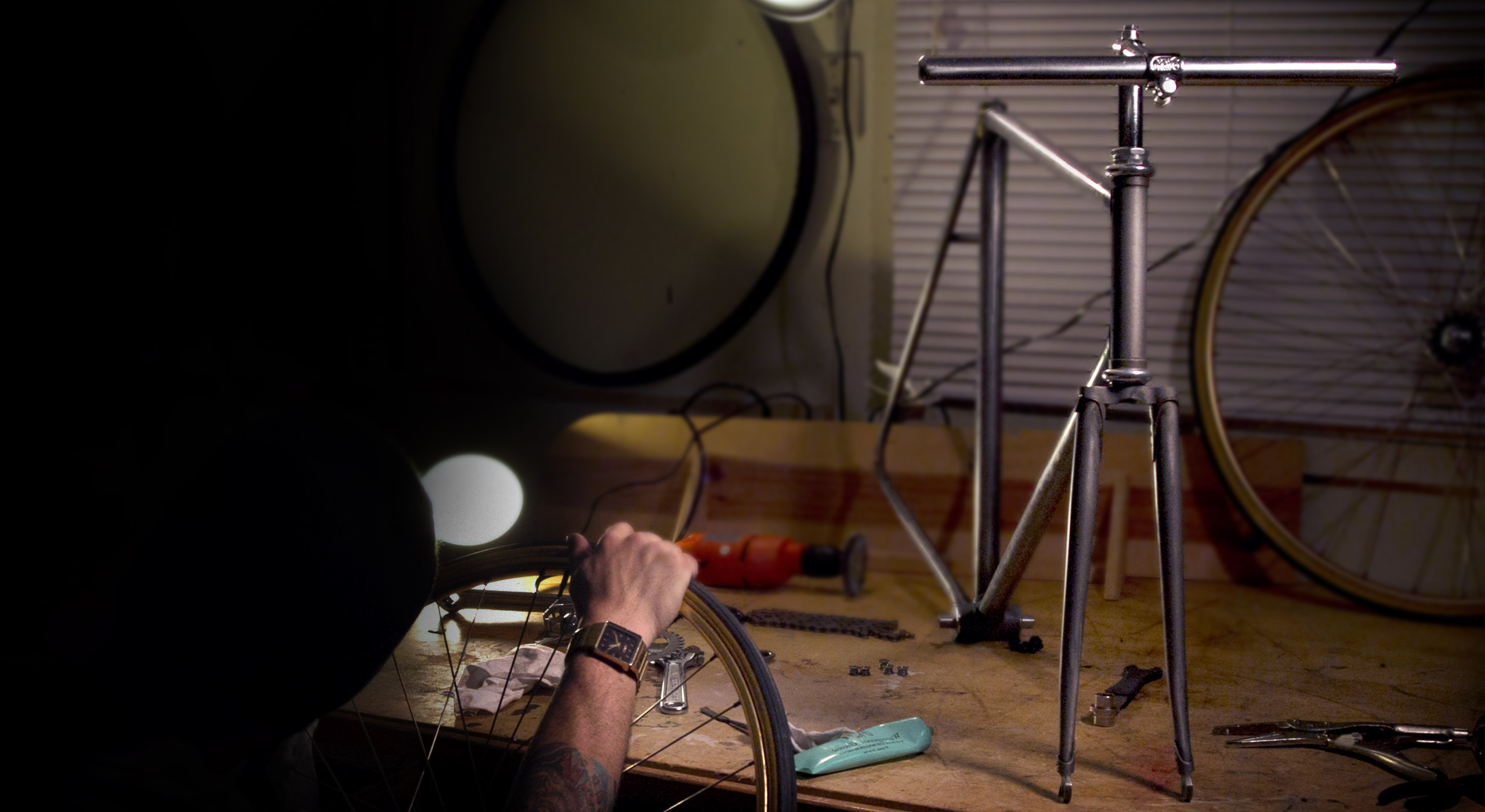 Our good friend Density & Time released a new album today named Compendium. D&T has done a lot of music for the TQG videos and his unique blend of Hip Hop and Electronic music are truly enjoyable to ride to. This newest release especially suits such rides offering 19 original tracks into one continuous mix. Listen to it below via Spotify or buy it via iTunes!

We are excited to announce that the return of the Sofus Francisco Tigh 10 straps is almost here. We are now accepting pre-orders of the straps in the General Store, details are as follows. . Save $20 . Free domestic shipping and $5 international shipping . Will ship on 10.1.12 . Limited quantities available

We have printed a limited run of new shirts, they are now available in the General Store. Shirts are 100% made in the USA.

The Sinkyone Wilderness State Park is the southern part of the Lost Coast Trail in Northern California. This 20 mile, 3 day backpacking trek was an exhilarating experience witnessed by few. Black Sand Beaches, High Vistas over the coast and a bountiful array of wildlife consumed our attention. Pictures can not capture the beauty of the Lost Coast...

Presented by Lockedcog, Toro Quality Goods and The Golden Bear. The Discovery Crit is for anyone and everyone who likes to go fast and have fun. Race: - 9/15/2012 - 5 PM - Discovery Park - Free Prizes From: - Eighthinch (Scrambler frame) - Runner Up! (hats and tees) - Chrome Bags (Lieutenant rolltop messenger) - Official (hats hats hats) - Stance Socks (socks duh) - Toro Quality Goods (tees and other premium goods) - Lockedcog (tees) - more to be announced... Cyclebration: - The Golden Bear following the race - Race awards and raffle - Celebrating four long years of lockedcog and the release of a new and updated website! More details in the coming week

Our first venture into grooming essentials comes in the form of our new wax based pomade. Formulated for a strong hold that won't budge whether you are on your bike or in the office. Now available in the general store.

The second in our series with cocktail connoisseur and all around taste maker Andrew Calisterio, learn the art of the cocktail from one of the best. Cheers.

Andrew is not only one of the people behind our favorite local beer(Ruhstaller), but is also one of the best bar tenders in Northern CA. Check out the first in a series of craft cocktail videos we shot with him, welcome to the Boozehound Cocktail Club.

For anyone that's put the time into building up their own bike know's that it can be quite the process. Deciding on components, sourcing the goods and finding the time to bring it together into a ridable rig can be exhausting. However, the payoff is well worth it when you're riding around on something born of your own two hands.

Last summer Kevin decided to take the plunge and build something he'd be proud to be rolling on. Not because it looked flashy or cost a grip of money but rather for the fact that he himself made it happen. For anyone who knows what goes into building something like this we'd like to share it with you. For the rest of you...here's a look into Kevin's process and a look at a hot bike.